On June 6, 2022, many participants in the Slow Memory COST Action gathered on the picturesque island of Portland in the UK. In fact, Portland is a tied island, as we learned from the numerous extracurricular activities that the local organizing team, headed by Action chair Jenny Wüstenberg (Nottingham Trent University), had planned for us. In keeping with the spirit of the Slow Memory project, herbal walks, stone carving workshops, guided tours of the island, and yoga sessions encouraged participants to reflect on their quite literal environment and their place within it, while at the same time engaging in conceptual and theoretical debates. A gift circle, intended to further facilitate our reflections on slow memory and to foster a sense of group spirit, certainly marked one of the highlights of this amazing five-day event.

Not only did this meeting mark the first full physical gathering of the Slow Memory network, but it was also the inaugural in-person meeting of thematic working group 5: “Transformation of the Environment”. The working-group sessions had been meticulously planned by the group’s two co-chairs, Stef Craps (Ghent University) and Rick Crownshaw (Goldsmiths, University of London). The first session, “Memories of Water”, a panel revolving around two thought-provoking case studies from the diverse field of environmental memory studies, set the tone for the next days (and possibly months) to come. Rebecca Dolgoy (Ingenium – Canada’s Museums of Science and Innovation) introduced us to a veritable “message in a bottle” – a vial of presumably the world’s oldest water, found recently in Kidd Creek, Ontario, Canada. As we learned, this specific water had remained outside of the usual water cycles for a billion years. After a thorough geochemical analysis, this vial was “transferred” to the museum and Rebecca as one of its curators. In her presentation, Rebecca highlighted key issues when it comes to curating and (re)presenting such an artifact: Can we speak of an artifact to begin with? How do we find an appropriate language for acquisition and presentation? This intriguing case study was followed by a project presentation by Joanne Garde-Hansen (University of Warwick), who can be considered a trail blazer in the field of environmental memory studies. Joanne showed us short video clips in which communities with a special relationship to water  –  living in Miami, Iceland, Venice, and Cornwall – framed that particular relation artistically and through the medium of film. The outcomes were aesthetically, stylistically, and critically different and provided us with a glimpse of the (trans)cultural “spectacularization” of water. Furthermore, during Joanne’s presentation, it became clear that there are already a plethora of concepts and metaphors circulating, and new ones are being coined as we speak (e.g. “wetscapes”, “hydrocitizenship”, and “wet theatricality”). In my opinion, it will be one of the aims of this working group to consolidate some of these concepts and approaches.

The working-group sessions were complemented by two plenary lectures on environmental topics given by group members, namely Stef Craps’s roundtable contribution on “Glacial Grieving” and Deniz Gundogan Ibrisim‘s (Sabanci University) paper on “Gardening as Slow Memory Work: Forms of Response-ability”.  These insightful talks were rounded off by a reading-group session, organized and hosted by Lucy Bond (University of Westminster) and Jessica Rapson (King’s College London). A conceptual conversation ensued on the basis of three essays (see below), which will be further discussed in a forthcoming working paper.

This first Annual Meeting was concluded by a conversation between filmmaker Gabrielle Brady and Rosanne Kennedy (Australian National University). Brady’s filmic oeuvre explores the multilayered histories of human and non-human migration, trauma, and climate change. After an in-depth discussion of Brady’s concepts and methods in relation to slow memory, participants engaged in a group exercise with the purpose of focusing on our sensory perception of the world.

As I hope to have brought across, this first general meeting of the Slow Memory COST Action in general, and working group 5’s sessions in particular, not only were impressively organized, but also provided an excellent starting point to further conceptualize (environmental) slow memory, and to engage in productive networking across disciplines. I can’t wait to attend the next meeting!

The Centre of Public History, Heritage and Memory at Nottingham Trent University is pleased to announce a two-day conference on ‘Language and Memory’ in Nottingham on 5th and 6th June, 2023 (organised by Sophie van den Elzen, Thomas Van de Putte and Natalie Braber). The event aims to bring together memory scholars and linguists to... 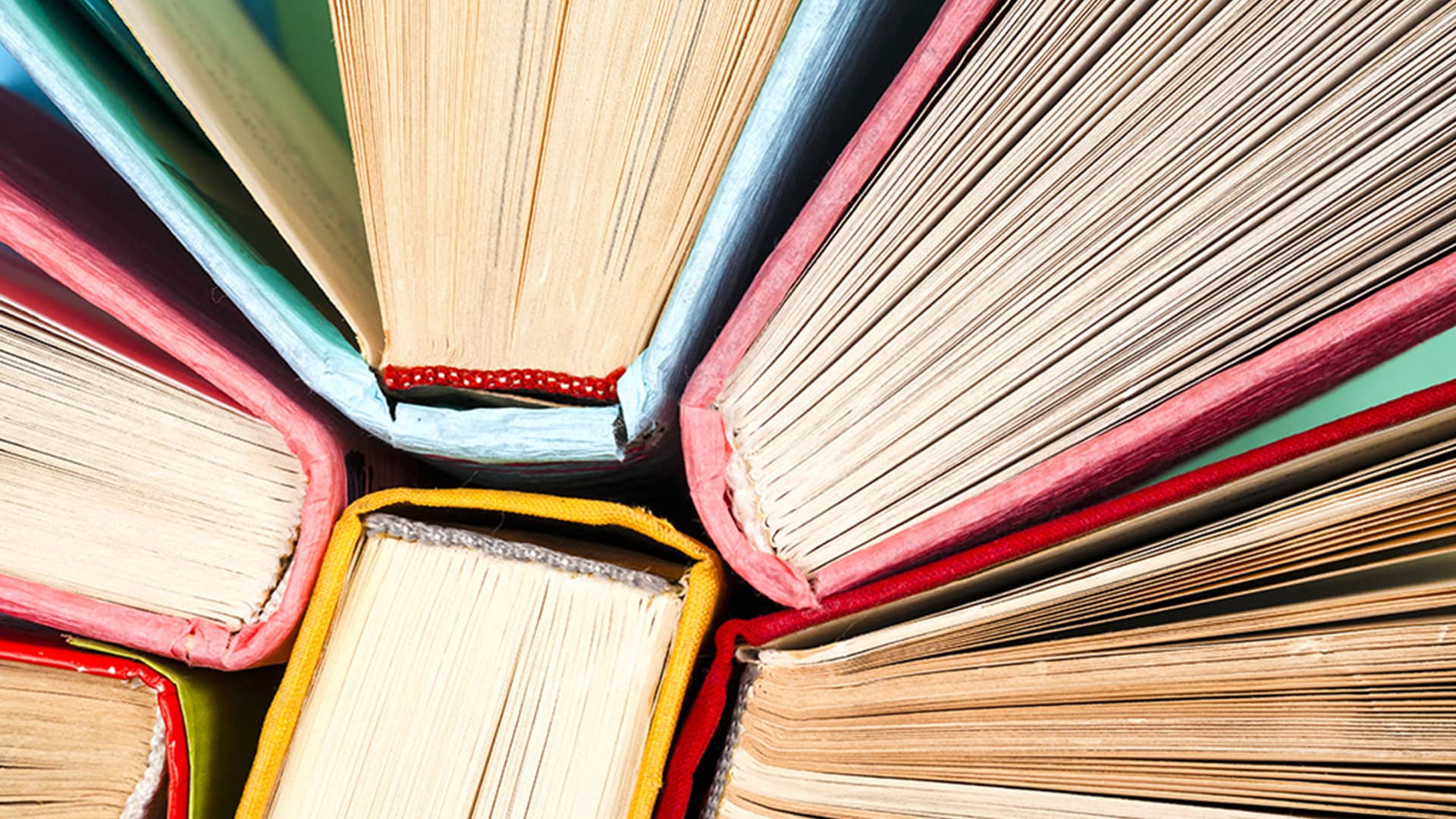 The slow memory study group reads texts related to history, memory and time that are suggested by members of the COST group. Our goal is to foster conversation among the working groups and develop a conceptual framework in slow memory. During the academic year, we meet online the second Monday of every month. The study group... 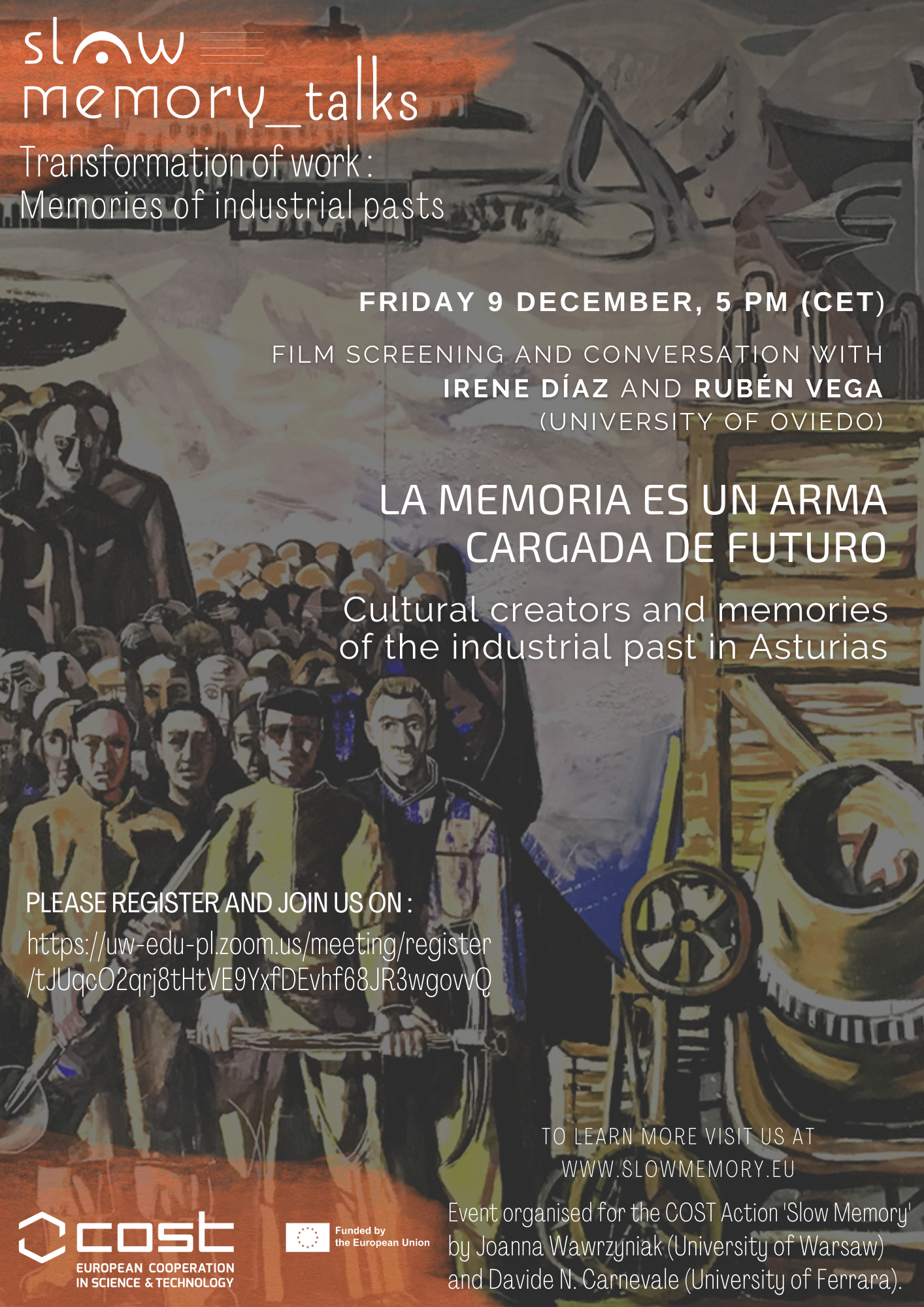 SlowMemoTalks: film screening of ‘Cultural Memories of an Industrial Past’ and conversation with its directors 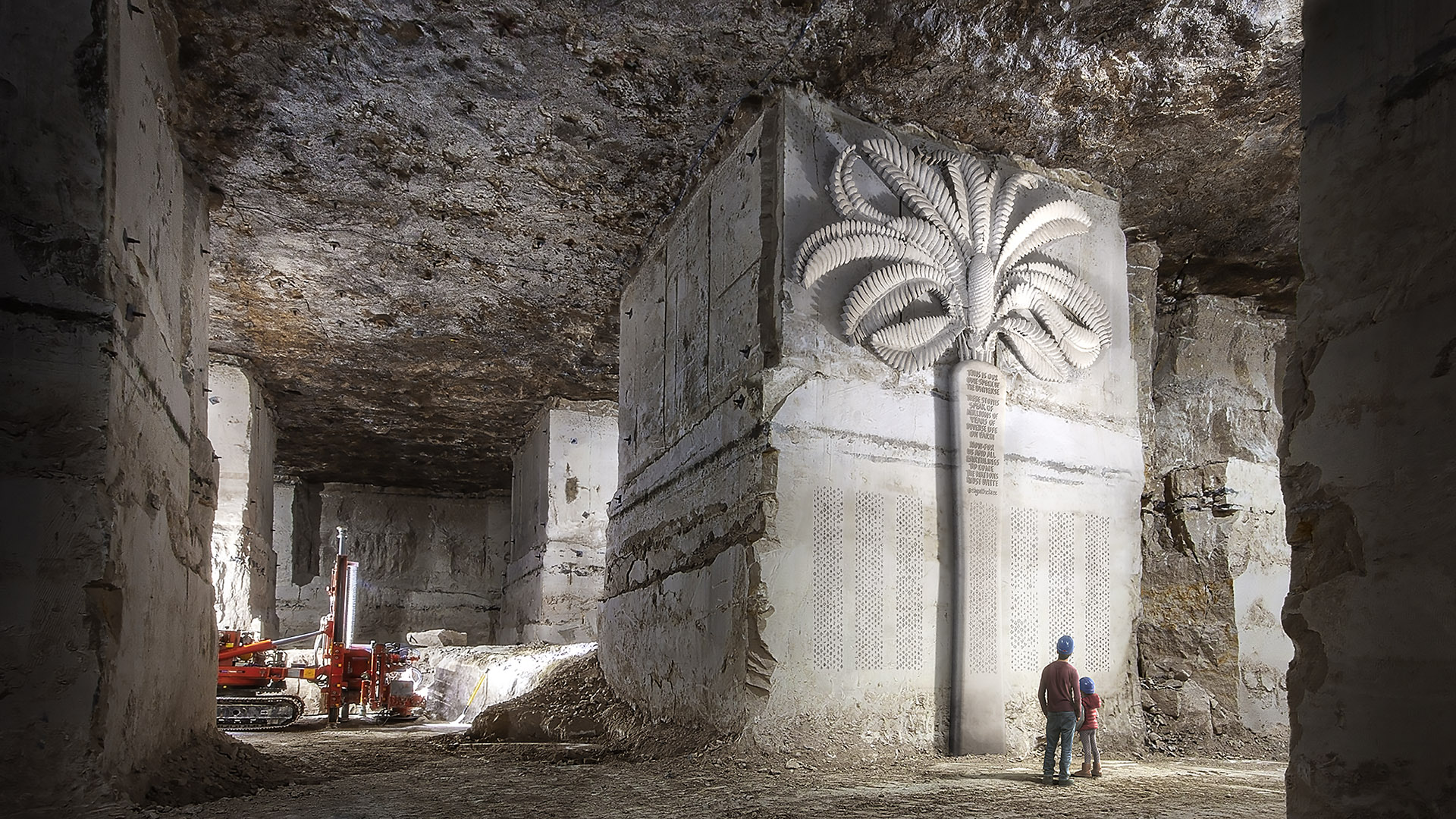 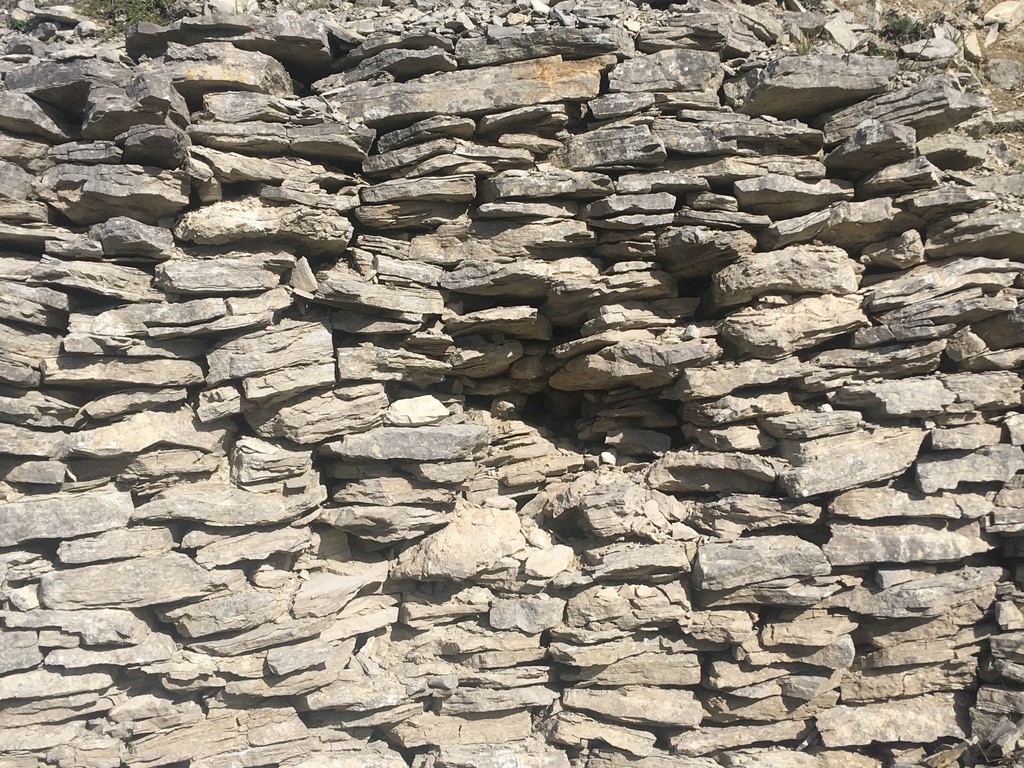 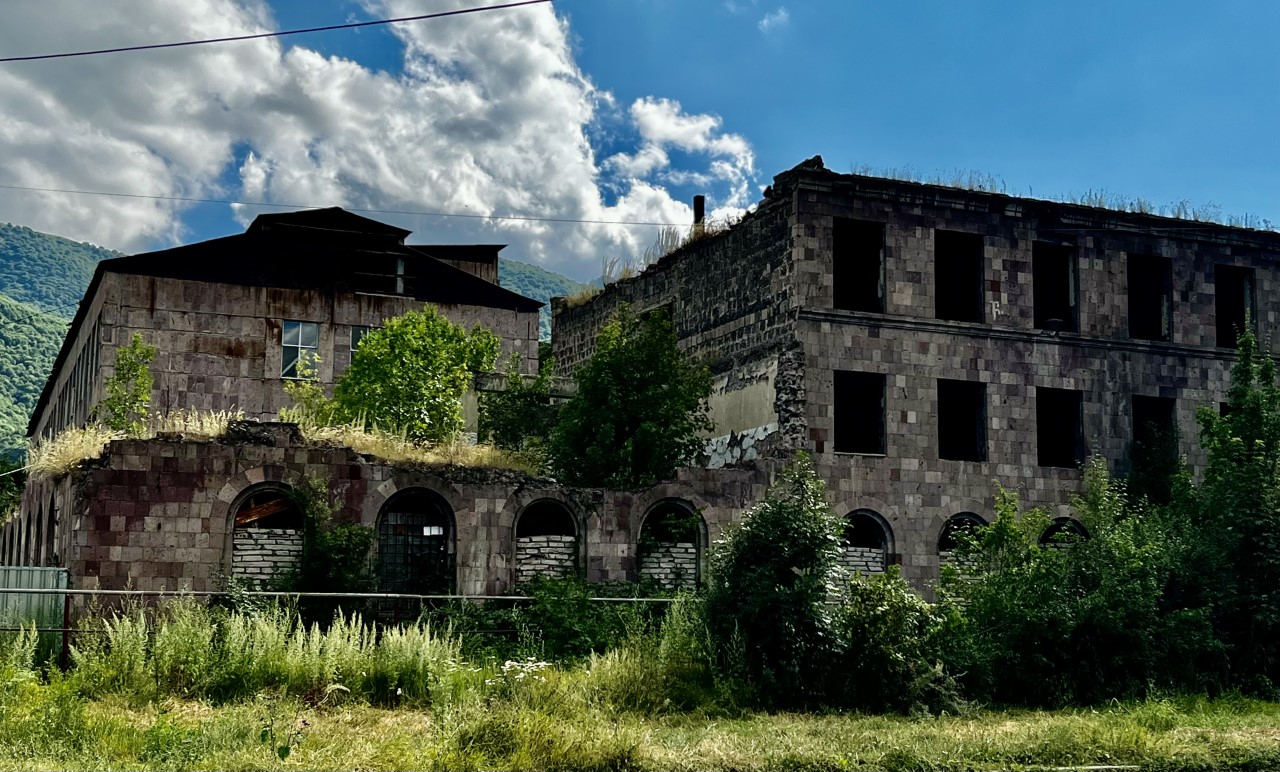